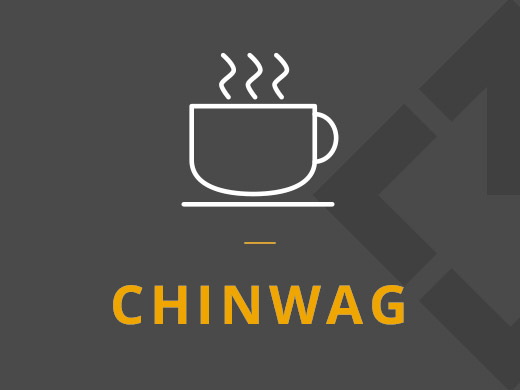 One: The paperwork or online systems/apps

Performance appraisals have a lot of paperwork in a lot of cases - and if not on paper then it's on some fancy, millennial-focused app or system from the latest start-up. Looks great but still means I need to have conversations with my team member and then go online and update various fields (same as filling out the traditional paperwork really!). All of these things add up to another thing for managers to have to do, no matter how funky or innovative it looks. If I'm ok with how my direct report is doing and they are ok can't we just have the brief conversation in a lot of cases: why is it a one-size-fits-all approach where I have to jump though all the process and admin hoops for all my people, all of the time?

Adding in 360 degree feedback, 'shout-outs for good work' and other 'social media-style' mechanisms to the appraisal process is all very well but can add up to a lot of info and data (which may also sometimes appear to be contradictory!). The employee strives to 'produce the tangible evidence' of their good work with all this stuff but often it's having to be done partly because of those badly-worded objectives that haven't helped the individual build their 'business case' for more pay, bonus or whatever. Fixing our objective-setting skills may be a better way of dealing with things: salespeople have either smashed target or they haven't - things are clear, tangible and do not need lots of other gimmicks to help 'log good work': non-sales needs to adopt some of the same approach.

So, we need to get away from the focus on paperwork and clicks and get things more towards meaningful conversations.

Two: Points of the year

Often, performance appraisal works on quarterly, six-monthly or annual basis. Why isn't it as needed, if needed and when needed? Why am I waiting months sometimes to have certain conversations?

It is still common that organisations want to rate people's performance across a year so it can be handily converted on an excel spreadsheet into a % or £ award. It just feels very fair doesn't it: but it isn't! Often the rating I get is subjectively applied with all sorts of bias (particularly the 'recency' effect) and most people will think they deserve a rating one higher than the one they were awarded in any event. Things I did 10 months ago are forgotten, my manager may have moved on elsewhere mid-year, objectives we agreed are no longer relevant and so on. So many potential variables that get in the way and make the annual pay/bonus review anything but fair.

So don't do your annual appraisal for that reason. Separate pay and bonus from all of these 'appraisal' conversations. And if you're rating people and NOT linking to reward then why are you even using ratings in the first place - we are no longer at school!

Talking of school, why is there an end-of-year manager and employee comments section? We see comments like 'David has done well this year'! Why does this need writing down? I'll tell you why: It's for the tribunal! It's the secret reason that many in HR won't admit to: We need the 'audit trail' for when you as my team member go bad - when you become an underperformer and we then need to protect ourselves against any successful legal claim! Because why else would I need to hold paperwork on you with all these comments on that could be years old?

When I push the point on why any of this paperwork is needed, the response I get is 'because its evidence' - and when I say for what purpose 8 times out of 10 I am told 'in case there are performance problems later on'. Firstly it would be very rare for an employment tribunal judge to reflect on years of appraisal comments as opposed to what has been going on more recently (including recent disciplinary warnings, performance against objectives in recent months etc); secondly the advent of GDPR and tighter controls on data make me wonder whether an employee would even want to consent to years of performance evaluation notes being held on their files. So, ditch the comments boxes!

These are the corporate jargon, dry documents that tell me how I should behave. The problem is that 'brings energy to the role' is quite subjective and so what does it mean in practice? Often, the managers has to go through every competency in appraisal and capture comments around how certain values or behaviours have been demonstrated. But why? Can I not just pick out odd ones that we need to talk about for improved performance or developmental purposes - Why is it a one-size-fits-all thing.

Six: The performance and development objectives

If I have an annual appraisal I generally have to agree objectives with my boss for the year ahead: it might be that HR says that these should be updated as necessary from time-to-time but we know in reality that this doesn't happen. Those objectives are frozen in time and we tend to ignore them until the 'half-year review', by which point priorities have changed.

Why are objectives six or twelve months long in any event? In real-life I may need to agree a priority that is five weeks or five months in length - can everything really be neatly packaged into these 6/12 timeframes? The intention is probably around simplicity for the appraisal process across the year but ends up being a pointless exercise for the sake of filling in paperwork. What are the hallmarks of and criteria for 'objectives' anyway: why do some make it to the appraisal paperwork and some don't? If I give somebody something to do and a deadline to do it couldn't that be described as an objective? I don't add each of these delegated pieces of work to the 'objectives for the year ahead' section of the appraisal each time they arise otherwise the appraisal would end up being hundreds of pages long!

Long-range objectives are also used for reward purposes but how do you agree a 12 month target for a receptionist or a PA? Sounds good in theory, but in practice? Reward schemes need to be a bit more sophisticated than 'have you achieved your annual objectives?' as this ignores everything else I have done this year!

We have also had the awful SMART cliché drummed into us for years - nothing wrong with it in essence but managers need more guidance than just being told to 'agree SMART objectives'. In my experience 80% of objectives just aren't specific, measurable etc and are instead full of jargon and subjective nonsense such as 'lead the project'; 'successfully roll-out X' etc. These objectives often lead to the 'was it achieved' debate - and if this debate lasts more than four seconds then its probably not a SMART objective; it was probably just a piece of advice!

We have a unique overnight results formula to fix this : One secret ingredient, three triggers, five new steps' for performance.